​Galleries, Schools, Institution, Fairs can share in this section their call for entries, events , exhibits 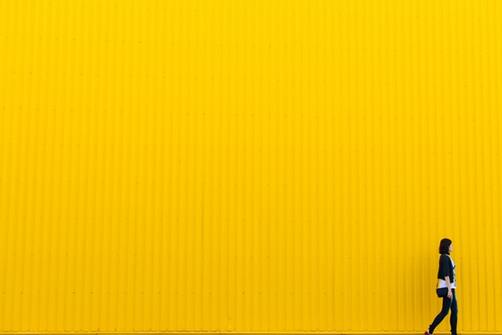 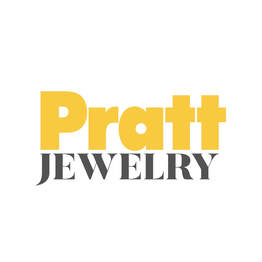 In a virtual ceremony the winners of the inaugural Platinum DNA Award were announced to an audience of industry members. A collaboration between Platinum Guild International USA and Pratt Institute, all three winning creations were earrings designed by female students of the program. The award-winning designs will now be brought to life, as the designers work with PCAT Custom to manufacture the pieces.
Attached please find a press release detailing the winning designs.
PRESS rELEASE WINNERS OF PLATINUM DNA AWARDS REVEALED
WINNERS OF PLATINUM DNA AWARDS REVEALED
​
Virtual ceremony celebrated culmination of inaugural Pratt Institute and Platinum Guild International USA collaboration

January 27, 2021 (New York, New York) – It was all about earrings as the winners of the inaugural Platinum DNA awards were announced earlier today to a virtual audience of notable industry members. The first, second and third place awards all went to female students of Pratt Institute’s Jewelry Design program, which partnered with Platinum Guild International USA on the competition. The next step of the program, which served as an opportunity for the renowned Institute to introduce their students to the unique characteristics of the world’s most precious metal, will now provide the unique opportunity for winners to work with New York-based manufacturer Paul Catania, of PCAT Custom, to produce their designs.

“We could not be happier with the results of this inaugural program,” shared Kevin Reilly, PGI-USA’s Vice President. “The designs submitted truly pushed the boundaries of innovative platinum design and have us very excited to watch these talented young designers progress in their jewelry journey. The future of platinum jewelry is truly bright.”

The judging criteria for submissions focused on the design’s originality, creativity, manufacturing viability and engineering, and commercial appeal. Design requirements included the intention for the piece to be made exclusively in platinum, with the addition of select gemstones if desired.

Professor Katrin Zimmermann shared “Material exploration is a central tenet of our jewelry education at Pratt Institute. Introducing our students to the most precious of materials, platinum, through this amazing collaboration with Platinum Guild International is a meaningful and important expansion of our teaching. The impact on the students has been immediate, positive and measurable.”

The award-winning designs, along with all of the competition’s entries, are available to view on CritiART’s website, www.pgi.critiart.com. The organization, co-founded in 2020 by Xin Xu, a Pratt Institute Jewelry Design alumna herself, is “committed to building an innovative online art community to support artists, art organizations and in general, art enthusiasts to exhibit, communicate and critique art virtually”. The designers’ biographies, as well as their design inspiration, are also included on the website. The finished pieces will be featured at the Pratt Design Show, currently scheduled for Spring 2021.

About Platinum Guild International:
Platinum Guild International is dedicated to promoting platinum and its pure, rare and eternal qualities to the consumer and the jewelry trade.  PGI has offices in each of the world's major jewelry markets, providing information, assistance and education on all aspects of platinum jewelry. For more information, please visit www.platinumjewelry.com.

How to apply?
Terms and conditions for each of the three categories are mentioned in the designated area of REGISTRATIONS and in the application form on the online platform.

>>> Romanian Jewelry Week is an international event organized by Assamblage Association. The first edition was held in September 2020 and gathered over 150 designers, schools and associations from all over the world, with exhibitions, guided tours, conferences and book launchings in seven cultural locations, galleries and museums in Bucharest. With an audience of over 2000 visitors, the event managed to adjust to the conditions and restrictions of the pandemic context while maintaining its purpose – to create  a long awaited meeting place and dialogue context between artists and the audience.

press release MaSieraad, please click to read
THREE RENOWNED JEWELLERY DESIGNERS SET UP NEW MASTER’S DEGREE PROGRAMME
Gijs Bakker, Ruudt Peters and Ted Noten represent 50 years of contemporary Dutch jewellery design at its very best. Together with art historian and jewellery specialist Liesbeth den Besten they joined forces. With the generous support of their colleagues in PXL-MAD School of Arts Hasselt, they have set up a new masterclass programme: MASieraad Hasselt-Amsterdam. The study programme seeks to upgrade and innovate education and restore the Netherlands’ reputation for conceptually driven jewellery design.
The two-year course will result in a master’s degree*. Education will take place in Hasselt, where MASieraad operates as part of the PXL-MAD School of Arts. PXL-MAD has state of the art work stations and ample student lodgings. Artists and designers such as Nedda El-Asmar and David Huycke teach jewellery design at PXL-MAD. Special lectures and workshops will be scheduled in Amsterdam, where the four initiators have their studios and connections are easily made with curators, collectors, museums and galleries.
Gijs Bakker, Ruudt Peters, Ted Noten and Liesbeth Den Besten are actively involved as teachers at MASieraad Hasselt-Amsterdam and bring their own expertise to the lecture hall and studio. Bakker focusses on the conceptual approach and the inherent urgency of design. Peters mentors students in their search for a personal visual language by making, discovering and reflecting. And Noten teaches them to invigorate jewellery design with the power to comment on socio-political issues and conventions. Den Besten introduces them to the interdisciplinary study of worldwide jewellery design, its history, meaning and use.
The new programme’s name is in Dutch for a reason. The term sieraad implies much more than decorative and monetary value. Sieraad’s meaning transcends this, being closer to ‘adornment’ and expressing value in a less material way. MASieraad cherishes the term sieraad as a badge of honour because of its relevance to contemporary design in the broadest possible sense.
MASieraad takes a broad view of jewellery design and is explicitly open to students with bachelor’s degrees in a variety of fields. The first year of the programme has three themes, inspired by topical issues and initiated by Gijs Bakker, Ruudt Peters and Ted Noten.
The second year is dedicated to a Master project and thesis.
MASieraad builds on the partnership the four initiators forged in 2015 which led to the temporary master’s programme Challenging Jewellery at the Sandberg Institute in Amsterdam from 2018–2020. This program was facilitated by BLESS.
PRACTICAL INFORMATION
MASieraad Hasselt-Amsterdam starts in September 2021 and can accommodate 12 students. For more information see: www.masieraad.com.
*MASieraad Hasselt-Amsterdam is an integrated programme of the Master in Visual Arts specialization Jewellery Design, Gold and Silversmithing of PXL-MAD School of Arts and the post-graduate programme MAStudio.


GIJS BAKKER is an all-round designer and one of the pioneers of contemporary jewellery design. He was among the first to make jewellery about individuals and the human body. His international breakthrough came in the 1960s designing aluminium jewellery.
• Bakker co-founded Dutch design collective Droog and Chi ha paura...? the foundation for conceptual jewellery design.
He has taught for over 40 years and was head of the masters course at the Design Academy Eindhoven.
RUUDT PETERS is a visual artist with a strong focus on jewellery design. His work revolves around themes of alchemy, sexuality, religion and spirituality. His range of expression is extraordinary and he often creates variations within a series of designs. • Peters’ work is part of many international museum collections including the Cooper Hewitt Museum in New York and the Victoria & Albert Museum in London. He teaches at the Rietveld Academy (Amsterdam), Ädellab Konstfack (Stockholm) and at Alchimia (Florence).
LIESBETH DEN BESTEN is an art historian specialising in crafts, curator and author of a great many publications on contem- porary jewellery design. Her bestselling On Jewellery. • A Compendium of Contemporary Art Jewellery (Arnoldsche, 2011) is considered a reference work. Den Besten also worked for the Francoise van den Bosch Foundation from 1992–2016
(as its chairperson from 2000 onwards). She is also a member of the Advisory Board of the Journal of Jewellery Research.
TED NOTEN’s designs act as a critique on contemporary life and the history of jewellery, as well
as the wider context of product design. Challenging conventions and processes of habituation,
the familiar and the unusual are underlying, recurring themes in
his work. • Noten won the Herbert Hoffmann Preis in 1998 and his work has been shown at Schmuck, the world’s oldest exhibition of contemporary jewellery. He has taught masterclasses at the Design Academy Eindhoven since 2007. In 2012 Noten was elected Dutch artist of the year.
https://masieraad.com/

Get in Touch With Us