PREZIOSA is the most important Italian exhibition dedicated to contemporary jewellery', a project launched in 2005 by Giò Carbone for Le Arti Orafe jewellery School. PREZIOSA can be considered as an explorative path always in motion. As part of the PREZIOSA project, since 2008, LAO has organised the collateral exhibition "PREZIOSA YOUNG", dedicated to emerging artists selected through an international competition. The aim is to contribute to the circulation of the novelties of research jewellery, as well as to show what the new generations of goldsmiths/designers/artists are "churning out".
​An international jury composed of curators, artists and critics selects a small number of young artists from all those who have submitted their applications.

The Winners of PREZIOSA YOUNG 2021

We are pleased to announce the winners of the 2021 edition of Preziosa Young: XINIA GUAN and ZHIPENG WANG from China, ANNE LAHN HORNBÆK HANSEN from Denmark, PILYNN SIRIPHANICH from Thailand, and CHARLOTTE VANHOUBROECK
from Belgium.
The international jury that made the selection was this year composed by: the art historian Alice Rendon; the jewelry historian Maria Laura La Mantia; the curator of Galerie Door in the Netherlands, Doreen Timmers Pijnenburg; the founder of Lost in Jewellery Magazine & MydayByday Gallery in Rome, Laura Helena Aureli; the Chinese goldsmith artist Qiana Wang, former winner of the 2017 PY edition; the artists Lauren Kalman and Conversation Piece (Beatrice Brovia & Nicolas Cheng),
invited to the Florence Jewellery Week 2022.
During this event, curated by Le Arti Orafe, which will take place in several prestigious venues in the center of Florence from April 28 to May 2, an exhibition of the PY winners will be hosted by the Galleria del Palazzo Coveri, accompanied by a high-quality catalog.
Therefore, FJW 2022 will be the first stop of a traveling exhibition, that will reach different places in the world: Padua, at Oratorio San Rocco; the Netherlands, at Galerie Door; Shanghai, in collaboration with the association of artists MODA; Poland, at Legnica Silver Festival; Barcelona, at Hannah Gallery, by Klimt02.
In addition, a selection of pieces will be premiered at the Inhorgenta jewelry fair in Munich, during which one of the winners will awarded a free exhibition space for the following year's edition of the fair. Moreover, the winners will compete for another great opportunity: a three-month stay as 'artist in residence' at the school's laboratories, to deepen the knowledge of goldsmithing techniques and work on a new jewelry collection.
As every year since 2008, the requirements to win the competition are quality of design and making, experimental and contemporary use of materials, conceptual and technical innovation. The selection, carried out in total transparency - since the jurors do not know the participants’ names, nor their country of origin or their education - makes Preziosa Young competition a reliable and internationally recognized event, which captures and promotes the spirit and the new issues of contemporary jewelry.
Now let’s introduce the winning projects by these emerging artists, who stood out among a large group of applicants:

XINIA GUAN
Xinia Guan's work, as she states, is "rooted in process."
Concentration and patience transform technical expertise into meditative practice. Her silver creations speak of a 'slow time', which allows her to delve into the geometry of shapes and patterns observed in nature. Rhythm, repetition, unity, and contrasts are the elements on which her goldsmith research is based, with the aim of giving material concreteness to the incessant flow of existence. The metal is sawn by hand, the dust diligently collected and converted into a new piece, metaphorically representing the hours spent at the goldsmith's bench and declaring a certain sensitivity towards the problem of waste in the profession. Thus, laser welding, preferred to traditional welding, allows her to decide for a more environmentally sustainable technology.

ANNE LAHN HORNBÆK HANSEN
Fascinated by the cloisonné enamel technique during an exchange experience at the Glasgow School Of Art in 2017, Danish artist ANNE LAHN HORNBÆK HANSEN decided to retrace the ancient process to translate into color her joyful illustrations that celebrate the female body in all its differences and imperfections. The criticism made in the series FEMME AND FAB is to the falsified world of filters, plasticized and glossy social media, that offers a single model to which young women end up referring to. These naked busts, to be worn as brooches, embody instead the most exuberant and proud spirit of the 'body positive' movement, proudly showing themselves hairy, flabby, decadent, and in all their precious and authentic variety.

PILYNN SIRIPHANICH
The innovative material used by Thai PILYNN SIRIPHANICH is called 'Agricultural Waste Composite' and is the outcome of Onuma Wichaikul's doctoral research, Jewellery: The Thread of Self-Sufficiency (2020), focused on the creation of an alternative and sustainable material to be used in jewelry making. That is a compound inspired by the transparency and lightness of the plastic bag, but made using natural fibers. It has involved a path punctuated with trial and error for the researcher. This series of failures - the leftovers - have become the main material of the collection, obeying the logic of upcycling, namely the creative recovery of waste. In doing so, the artist created jewels by folding the thin sheets into three-dimensional, light, and voluminous shapes.

ZHIPENG WANG
The Chinese artist ZHIPENG WANG addresses the question of the identity in jewels, as objects that symbolize specific cultural traditions and as a declaration of belonging to a certain social class. The artist wonders how these values can survive today, in a globalized world where cultural singularities collide and mix together. These signet rings are made of tea and coffee, used as allegorical representatives of Eastern and Western cultures, respectively. Just as the typology of the signet - no longer synonymous with luxury and prestige - the ritual of these drinks also has its origins in the tradition of nobility, now absorbed
​ into the ordinariness of everyday life.

CHARLOTTE VANHOUBROECK
CHARLOTTE VANHOUBROECK, art historian and goldsmith, as part of her PhD at the PKL-MAD School of Arts in Hasselt, wanted to bring to light the character of Louise-Marie d'Orleans through the study of her inventory, which records the existence of more than a hundred jewels belonged to her. The Stilled Sentiments collection allows not only to retrace and reread an important female figure such as the first queen of Belgium, but also to reveal a whole emotional world of memories and secrets hidden behind these jewels, which contain miniature portraits, locks of hair, and engraved messages. Those pieces, reinterpreted and filtered by the sensitivity of the artist, give life to a collection that tells the spirit of a new time. 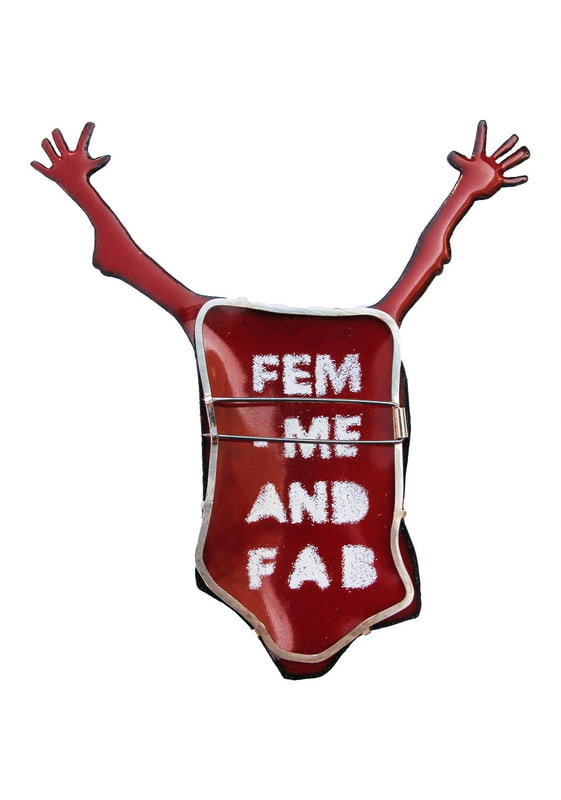 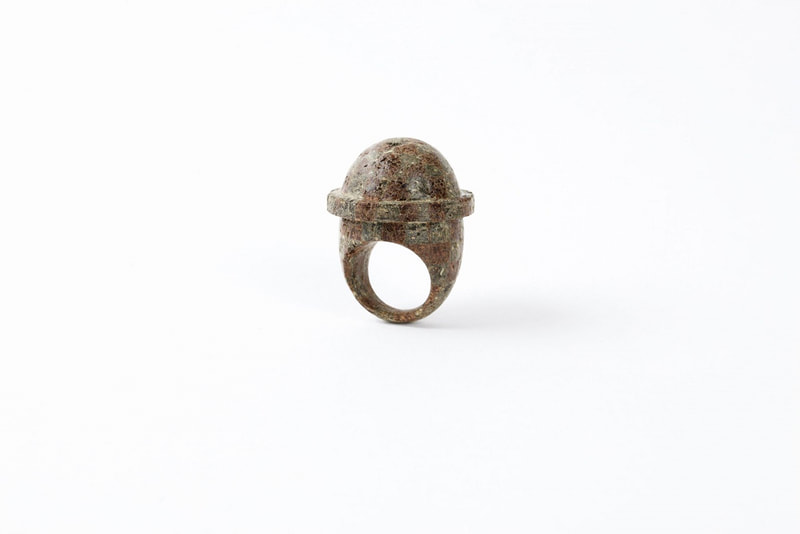 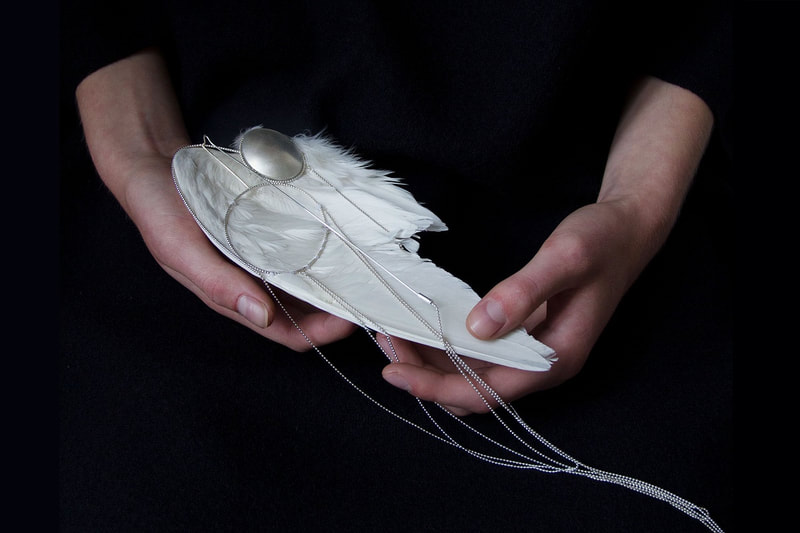 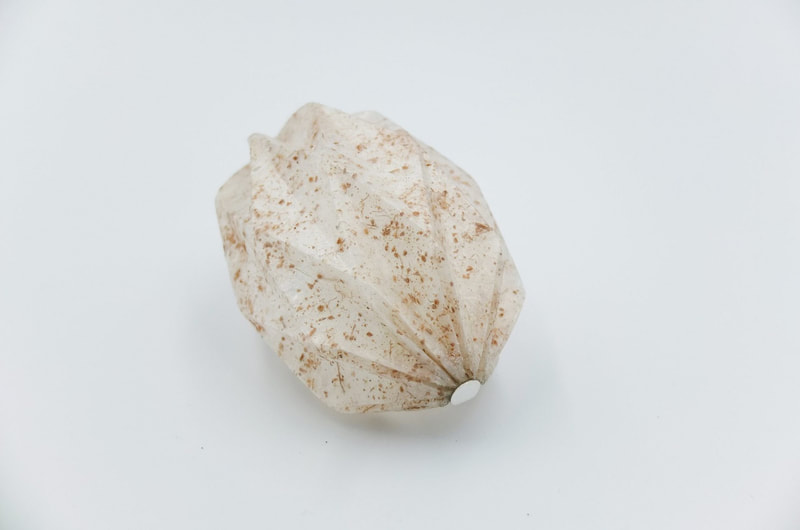 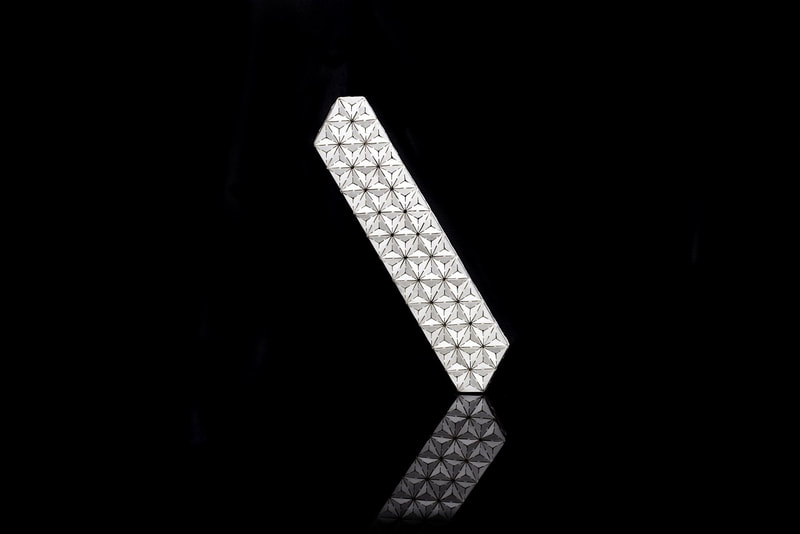 LAO has always invested a lot of energy and resources in the promotion and dissemination of jewellery culture,
organising many events, meetings, exhibitions and seminars, in parallel with the many educational activities carried
out since 1985.
LAO's initiatives in the field of research jewellery have made a decisive contribution to bridging the
enormous gap that existed in Italy compared to many other European countries.

The LAO gallery in Florence
From 2004 to 2007 LAO has managed in Florence the first gallery dedicated to contemporary jewellery.
Here below a short list of the most important exhibitions, while other exhibitions were reserved for student graduates at
LAO.
2004
Giovanni Corvaja and Jacqueline Ryan
Carla Riccoboni and Officina del Gioiello

From 2005 until 2013 the event was conceived as a collective exhibition: every year the artistic
approach to the complex subject of contemporary jewellery research was explored through a specific
concept and with the selection of artists from the international scene. Each edition was presented in
important venues and some exhibitions were exported abroad. Prestigious catalogues were published
every year for the main exhibitions.
Since 2015, the formula has been radically changed in favour of a synergistic event, where artists and
visitors can meet, and where the focus continues to be on contemporary research, but at the same time
many other aspects of the world of jewellery are explored.
The aim of Florence Jewellery Week is to contribute to reactivating the dialogue
between artistic research, traditional craftsmanship and design.
This objective is pursued through the organisation of a week of small solo or collective exhibitions by
artists and craftsmen, days of conferences on various themes related to jewellery, with the activation of
workshops, and with the invitation and extended hospitality to numerous artists, curators, critics,
craftsmen from different countries, in order to create opportunities for debate and mutual understanding.
PREZIOSA 2005 A new concept of preciousness. Material, source of creative inspiration.

Special sections The magical of India. Public demonstration of Indian craftspeople. The project had been supported by 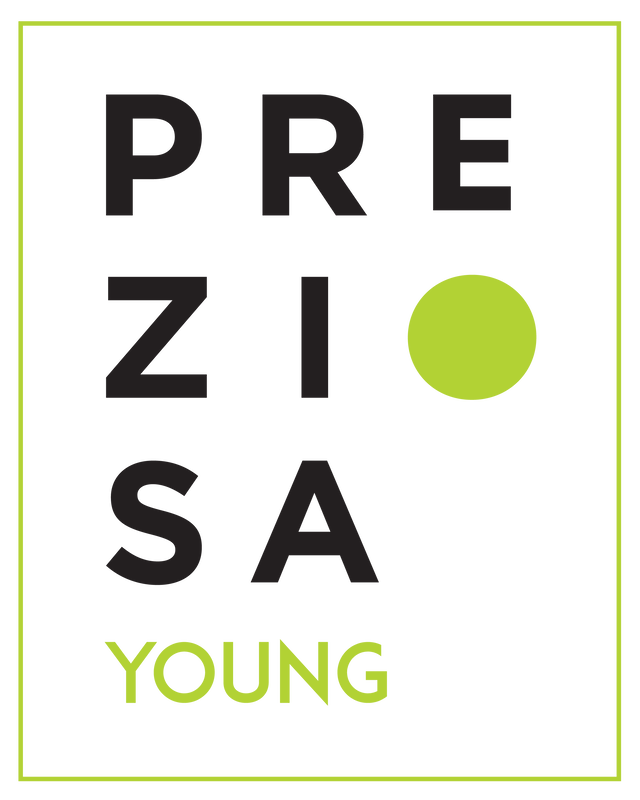 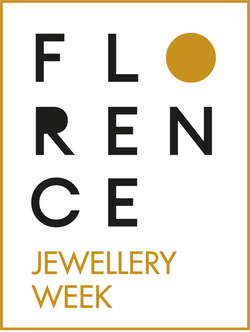 The seminar/workshop SEGNI SUL VOLTO (SIGNS OVER THE FACE) will take place between October and November 2021, imagined by Carla Riccoboni and organised by Le Arti Orafe. Riccoboni, historic Italian designer and self-producer of jewellery, tells us about the motivations and aims of this initiative, which, taking into consideration the theme of the face, aims to open a collective debate also on the issues that have emerged with the Covid-19 pandemic on a relational, behavioural and identity level…
Read More on Carla's Project here below
https://www.preziosa.org/2021/07/13/segni-sul-volto-nuovi-spazi-di-confronto-e-progetto-new-spaces-for-discussion-and-design/​
"Read more about Carla's project below and stay updated on its developments on: https://www.artiorafe.it/en/segni-sul-volto/ "